We visited Shenandoah National Park on a mid-February weekend on a lark. Although we had clear skies, it was cold and windy. The park itself had a dreary look because of the bare, uncrowned trees. The advantage in visiting the park then, though, was no one else chose to visit.

Birds too were in dearth; the only ones around were ravens, mostly along the Stony Man Trail. It was on that trail that I photographed this pair. 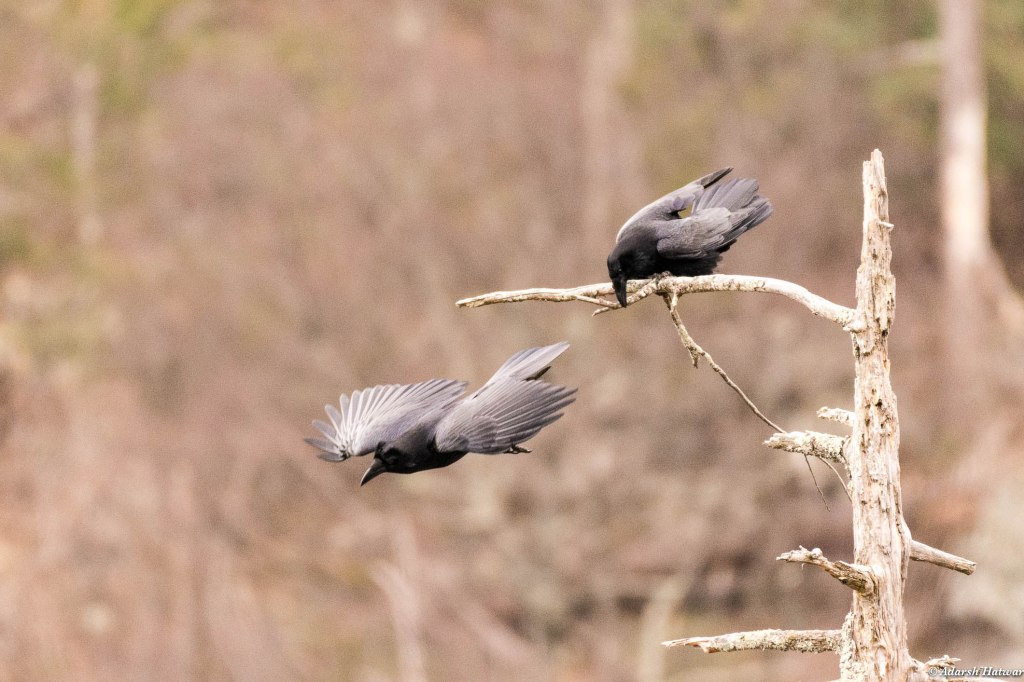 I like the photo, but it loses points because of two things – noise and the low contrast. The first was because I wanted to freeze the motion of the raven as it took flight. But I was already at ISO 3600, so increasing the shutter speed would’ve only driven the ISO higher, further adding noise. Nevertheless, I feel a slightly higher shutter speed, say 1/1500, would’ve given me a crisper shot. As for the contrast, the muted colours are likely because the birds were in the shadow of a hill behind me.

Photographing ravens isn’t easy since they are such dark birds – during post-processing I had to lift the shadows a bit and that added to the noise in the image.

One thought on “Ravens”