I photographed this Osprey on a cloudy afternoon in Peace Valley. After having roamed about for a couple of hours photographing some grackles, robins and blackbirds I was lucky to spot this bird on my way out. Very close to where we had parked (near the boat-ramp on the south-west end of the lake), the osprey was making a few dives trying to catch fish.

This first photograph shows the osprey having leveled off, flying past me after a failed attempt. I’m very pleased with this photograph. It’s sharp and the fierce eyes and talons of the bird are both clearly visible too. 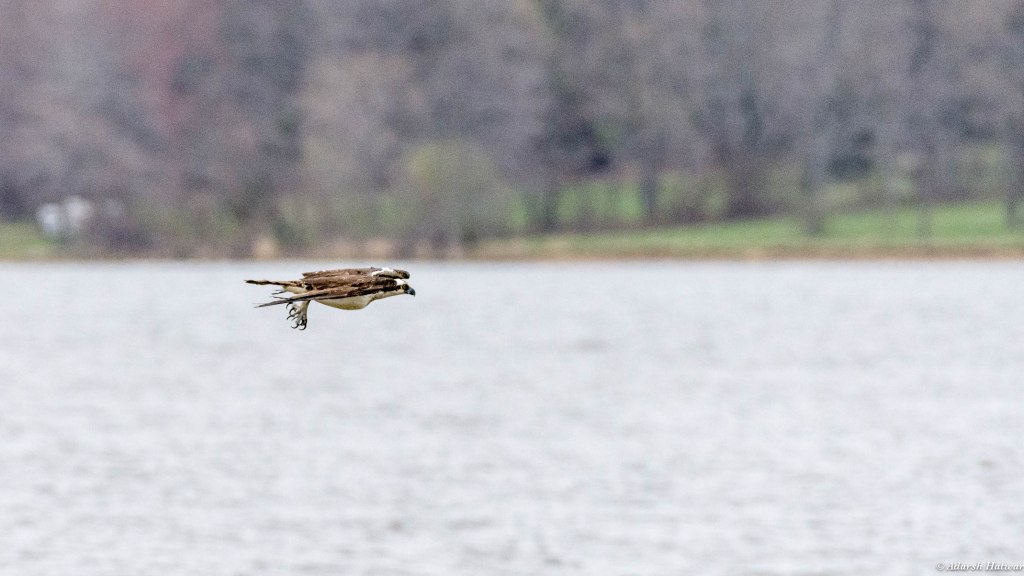 In this photo I was able to capture it’s moment of attack. I have mixed feelings about this photo – it captures the action well with the osprey’s wings and talons outstretched. But its not sharp enough and perhaps a slightly faster shutter speed would’ve captured the splash better. 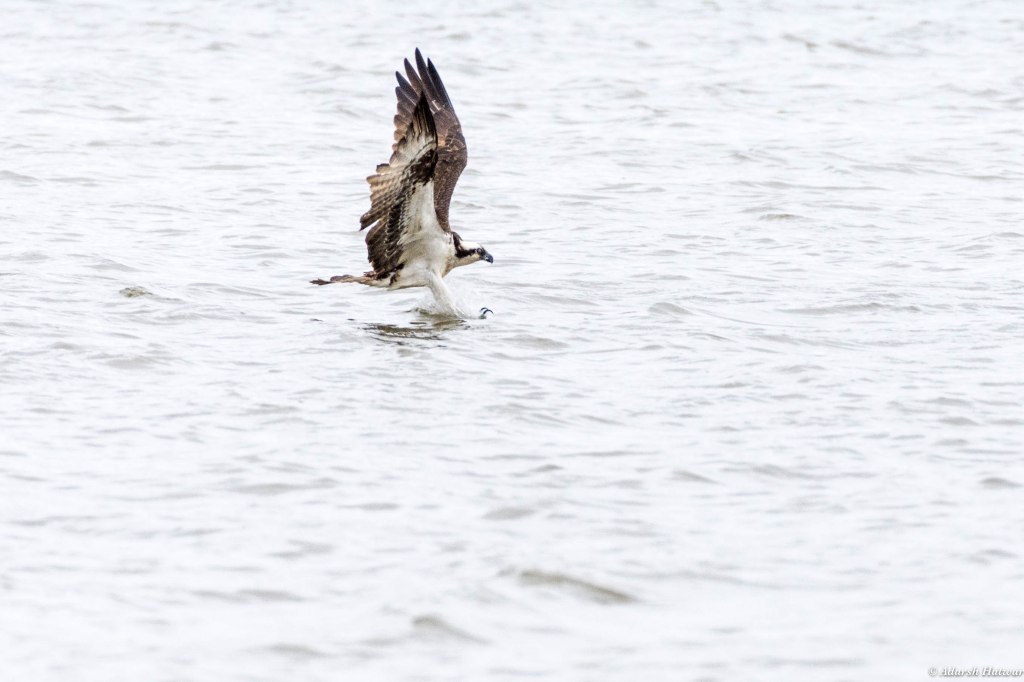 Next, I got a good shot of the Osprey lifting off (sadly away from me) with it’s catch. I think this is a beautiful shot. The bird, it’s catch and a few drops of water falling off on the bottom left are all tack sharp. That the background is two-tone adds to it’s look. The raw image quality of the photo is great too – I’ve got a couple of different edits already. 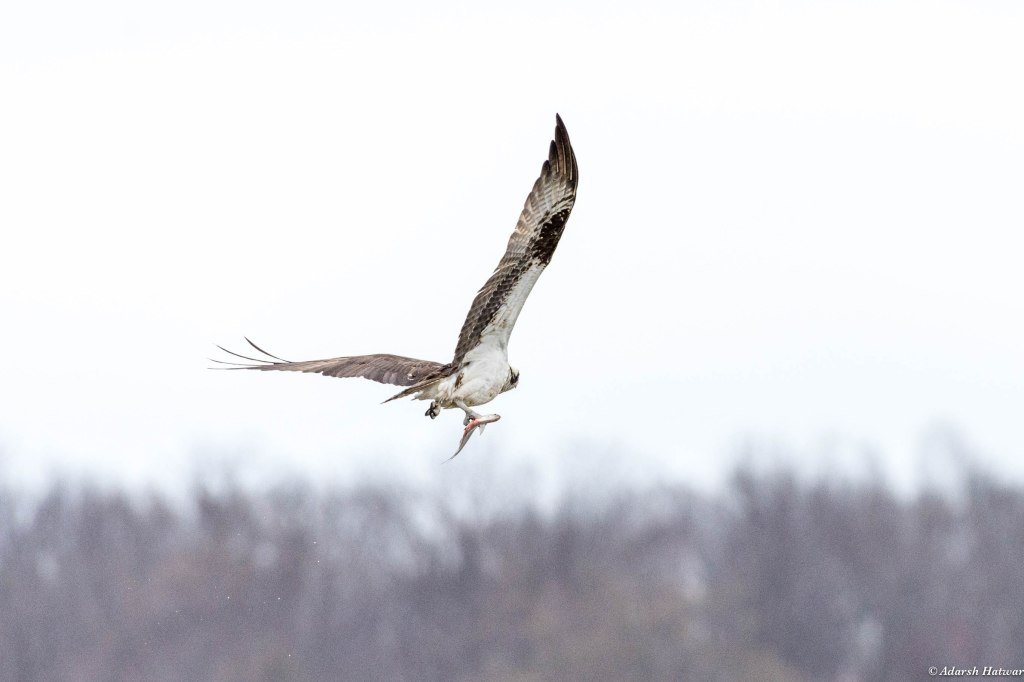 A couple of crows which were perched on a nearby tree spotted the Osprey with it’s catch and started to circle it, trying to get some free lunch. I managed to get a decent shot of it too. Like some of the others in the series, I love this one too. The osprey with it’s wings outstretched looks majestic, with the crow in the background greedily eyeing the fish. 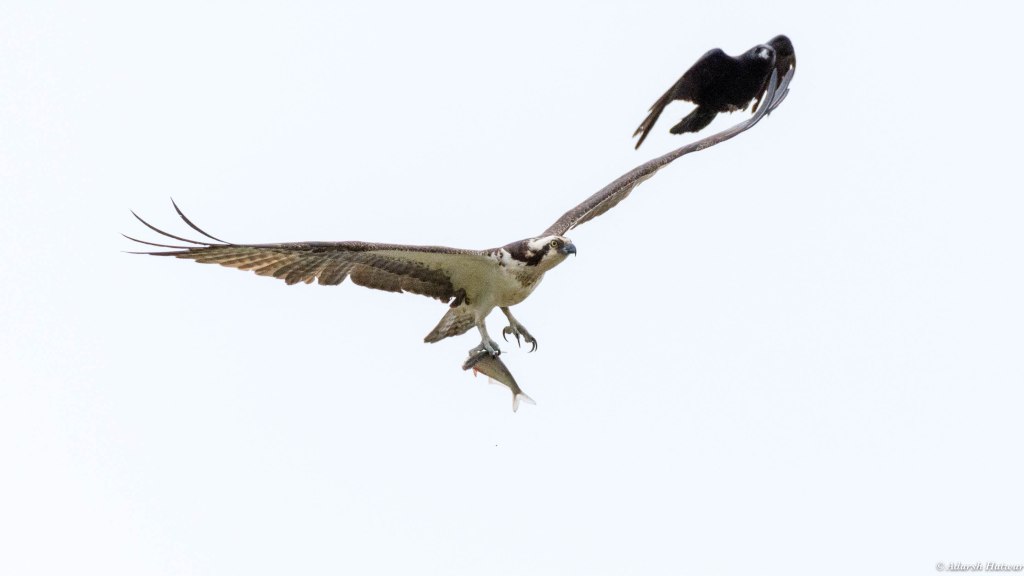 The last photo I got of the Osprey is probably the best of the lot. After having warded off crows, the osprey made a final pass of Galena Lake before flying off to it’s nest in the far nort-east corner of the lake. This is easily among my best bird photographs – it’s tack sharp with the osprey and the fish clearly visible. I’ll likely be spending a lot of time on edits before printing this sometime. 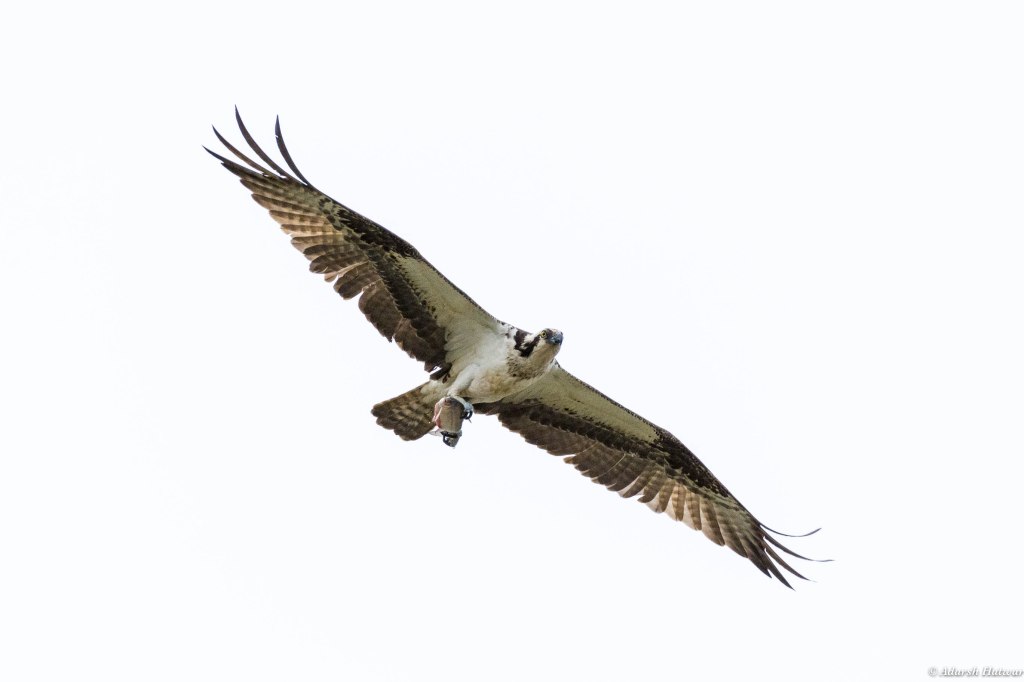 After going back home, I was able to merge a sequence of 10-12 photos into one to show the dive. Unfortunately, my editing skills were not quite up to the mark, the different background colours for each image (due to slightly different ISO) shows through. 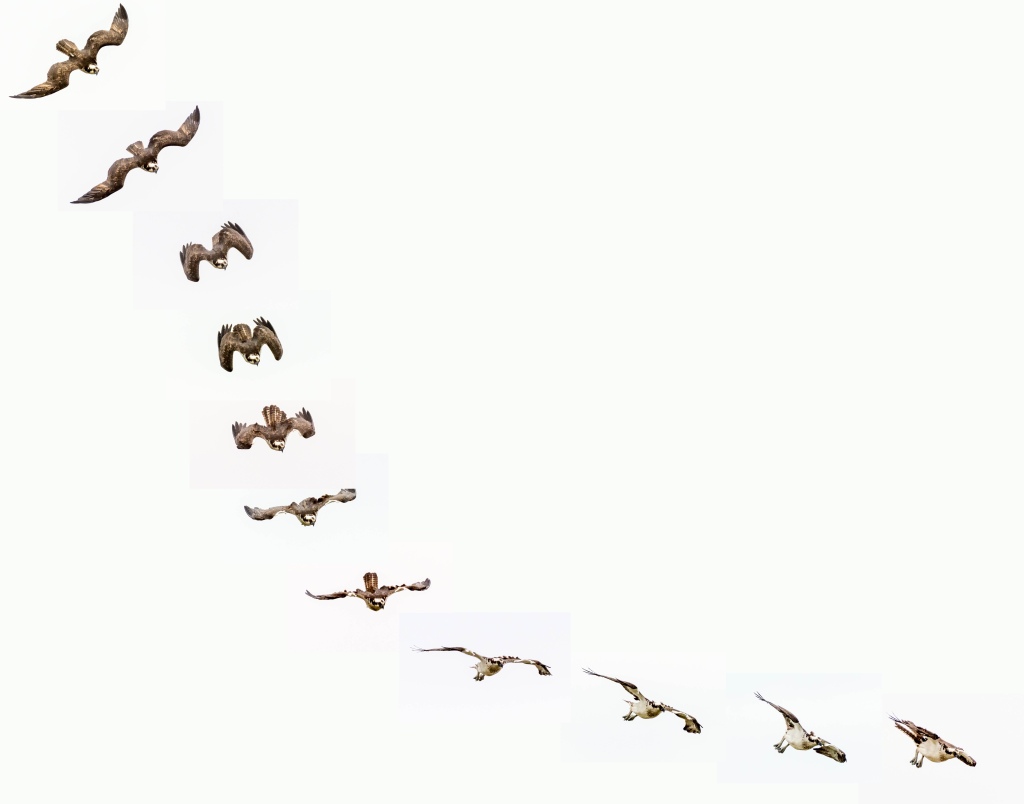